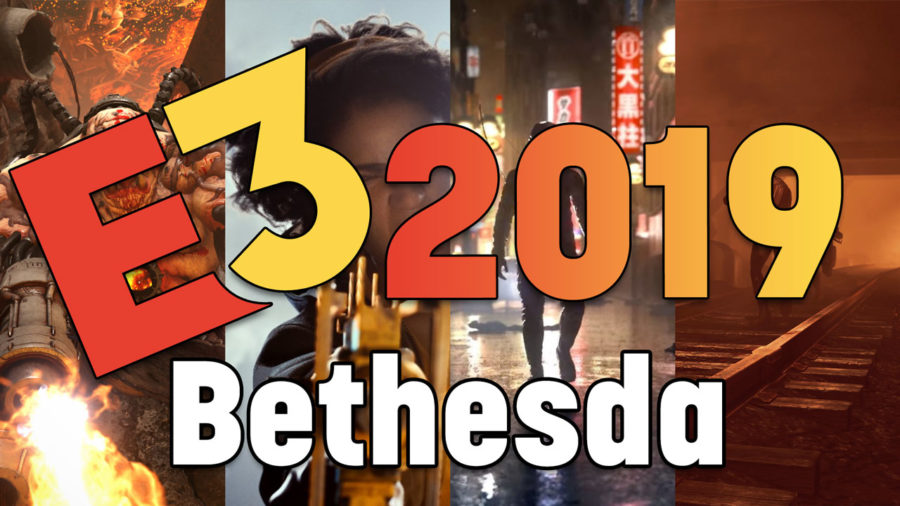 Check out all the news, information, and announcements of the Bethesda E3 2019 Conference here.

First announcement is their mobile game, The Elder Scrolls: Blades, which is considered a mobile game phenom and really successful. They mentioned one of their biggest updates for the game such as Solo Arena Battles, Custom Jewelry System, and New Dragon Questline. PvP, guilds, and visiting other people’s town are now features of the game as well.

The Elder Scrolls: Blades is also coming out on Nintendo Switch! They even called it Switchblades.

It has joy-con motion controls, cross-play, and cross-progression from the mobile game. It is kind of fitting for a casual game to be on Nintendo Switch, and it is still Free-to-play. This will be coming out on Fall 2019.

After the backlash Fallout 76 has gotten after its launch, I actually thought they are just going to hide it from E3. Lo’ and behold though, they still showcased it in the first 20 minutes of the conference.

Probably the unironically greatest announcement for Fallout 76 is the coming of the Wastelanders A.K.A the NPCs of the game. Of course, with this addition, there will be new quests, a dialogue tree to interact with the NPCs the way it should have been from the start, and new weapons and gears too.

I reckon it will be a dead game mode within a year since Fallout 76 is a paid game with a premium price.

Not much is known of the game itself, except with the amazing visuals on the teaser, people are vanishing, there are another-dimension creatures and the protagonist has some powers. I cannot wait for it, that is for sure.

Elder Scrolls Online: Elsweyr has been showcased here, and they are all excited about the dragons called Dragonhold.

Scalebreaker a dungeon DLC is coming out this October.

Commander Keen is a free-to-play game for Android and iOS. It is basically a new take of the classic PC action game by Id Software.

Zenimax is developing and publishing it on the mobile platform.

Its new expansion Moons of Elsweyr will be coming out on June 27, 2019.

No release date for this expansion, but it will come late this year.

Wolfenstein series gets bigger this year with the release of their two games.

Wolfenstein: Cyberpilot, a VR game that will be coming this July 2019. The other game is Wolfenstein: Youngblood, a co-op shooter which you play as the twin daughters of B.J. Blazkowicz. This one is coming out on July 26, 2019.

We got a new IP here guys from the creators of Dishonored. It is called Deathloop and as they said in the presentation, it has the “signature gameplay of Arkane Lyon” which basically means your style of play will dictate how the game plays out.

Bethesda introduces their game streaming service named Orion. Apparently, this is implemented at the game engine level, delivering lower latency and better streams at max settings, even “if you are family is sucking up the bandwidth”.

At the end of the Bethesda Conference, they finally showcased their most anticipated game in this conference, Doom Eternal.

It looks visually awesome, since we rarely saw gameplay trailer in this conference, and it plays so smooth just like its 2016 predecessor. They also announced a new game mode called Battle Mode, a multiplayer 2v1 where 2 players are demons vs 1 doom guy.

I am not a fan of Bethesda’s E3 2019 conference, it is underwhelming. They did show some good stuff right here. I am particularly looking at Ghostwire: Tokyo by Tango Gameworks. Ikumi Nakamura was a great weird presenter, in a very good way.

Deathloop looks Dishonored-esque, I do not know how they would do that game. We have no idea what it is yet. Fallout 76 will get better, has to get better. Their battle royale would be dead on arrival for sure if they need 52 people, and no one is playing the game.

Doom Eternal is another saving grace for this conference. They finally showcased gameplay, a bunch of them, and of course the release date.

What do you think of this conference?