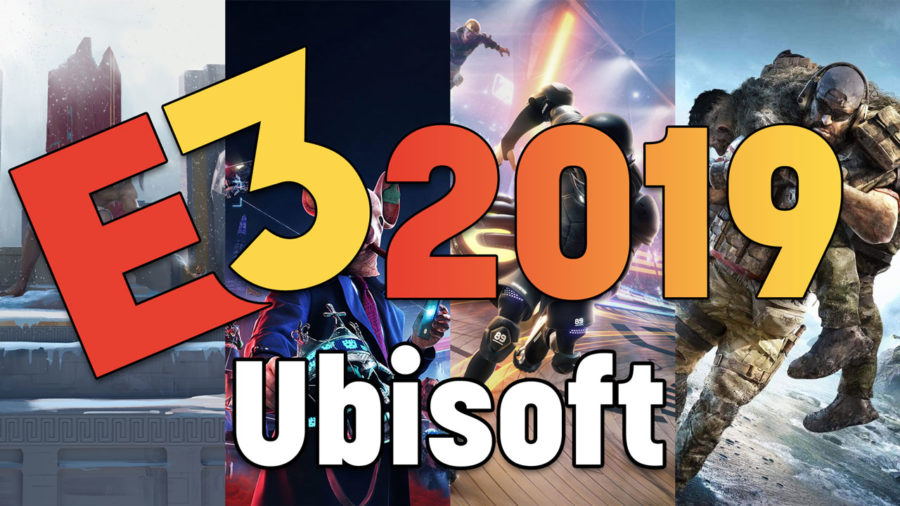 Missed E3 2019? Here is everything Ubisoft announced on their conference!

Watch Dogs: Legion is the first game announced in Ubisoft E3 Conference (after Assassin’s Creed: Symphony; not a game). The game is set in London, where you recruit different people for a resistance named Deadsec.

What’s good about this game is it has permadeath, so you can pick other recruits if one of your agents is killed in action. It has a nice twist, and to be honest, I am quite excited how this would pan out.

Mythic Quest: Raven’s Banquet is not a game per se, but rather a comedy show about game development.

Brawlhalla is getting a crossover with Adventure Time.

Jake, Finn, and Princess Bubblegum are added as playable characters.

Ghost Recon: Breakpoint has been announced, and will be released on October 4, 2019. Apparently, this is the narrative sequel of Wildlands.

Job Bernthal was the presenter of the game (like Keanu Reeves for Cyberpunk 2077). He also brought a dog in the stage!

A new mobile game from Ubisoft is coming out and it is called Tom Clancy’s Elite Squad.

This game has all the characters from Tom Clancy’s and you will be able to create your own team and fight against another team. I have heard that there is also a single-player campaign for this game, that is interesting.

Of course, Ubisoft will always have a reveal or some sort for Just Dance 2020. It has been 10 years since the first game launched, and surprisingly, this series is still going strong.

If you have For Honor, then be glad as there is an ongoing timed-event for this month named Shadows of The Hitokiri.

Rainbow Six: Quarantine is the upcoming game for the Rainbow Six series, and its primary focus is the player-vs-enemy co-op gameplay.

The Division 2 will be getting its first major update since its launch called D.C. Outskirts Expeditions.

Episode 1 will send you to the likes of Jungle, National Zoo, and college. New missions, yay! It will come out this July.

Episode 2 will come out this fall featuring the Pentagon. Finally, the third episode for year one is going back to New York city.

Also, a movie about this game directed by David Leitch is coming out and being produced by Netflix.

Uplay+ is a subscription-based service by Ubisoft, just like Xbox Game Pass and Origin Access. More and more publishers are doing this, and it is fine as long as it is on a reasonable price.

It costs $14.99/month which is not bad considering you will get premium versions of the game, and even the games that are newly launched, as well.

Gods & Monsters is a very beautiful action-adventure game about Mythological creatures and a forgotten hero.

That is basically the Ubisoft Conference. It is rather quick in my opinion, and I wished we saw more gameplay. Most of the games that are announced are coming out on 2020.

Some of the games are already released, and they just announced a timed-event or new DLC, which is not bad per se.

I am most intrigued with Watch Dogs: Legion. I think it will be a very good game with its uniqueness and take on permadeath in an open world game.

Uplay+ is looking nice as well. $14.99/mo is not that much, and you can play as many games as you want considering most game of Ubisoft cost $59.99 or more these days.

What do you think of this conference?