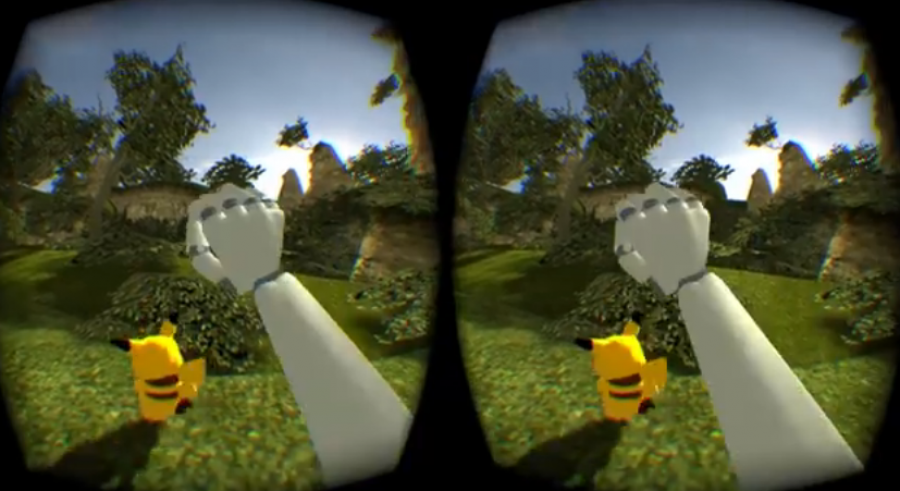 An unofficial Pokémon for Oculus Rift is on progress.

misterbunbun released a video of his latest project which is an unofficial Pokémon VR game for Oculus Rift. It utilizes Leap Motion, and Voice Attack so you can play as realistic as you have ever dreamed — no, this is not a dream, this is becoming a reality.

The video shows how much untapped potential that it has, the game still has limited animations, and stiff. But it’s still a prototype and nowhere near on its Alpha version. We hope to see more in the coming months of the development.

Have a try here: http://p.pw/badZFg