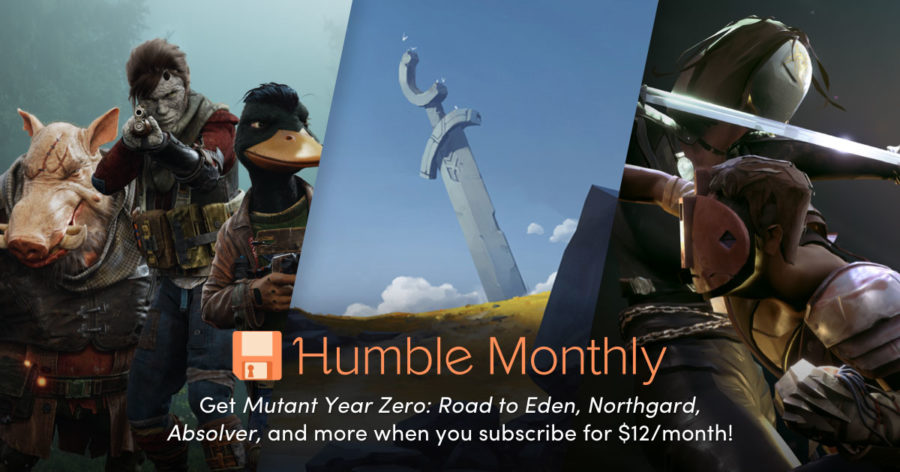 Get amazing games monthly for the price of $12! Three Early unlocks for April 2019 Humble Monthly is now out!

Now, they announced the early unlocks for April 2019.

A tactical adventure game combining the turn-based combat of XCOM with story, exploration, stealth, and strategy. Take control of a team of Mutants navigating a post-human Earth. Created by a team including former HITMAN leads and the designer of PAYDAY.

Northgard is a strategy game based on Norse mythology in which you control a clan of Vikings vying for the control of a mysterious newfound continent.

Absolver is an online multiplayer combat game where players are placed behind the mask of a Prospect under control of the Guides, the new rulers of the fallen Adal Empire, who will determine your worth in joining their elite corps of Absolvers.

For $12 a month, you can receive plentiful of games monthly with early unlocks if you pay early. You can access the games above by paying now, then wait until April 5, 2019 to get access with the other games that will be included in the bundle.

The link above is an affiliate link as we are an official partner of Humble Bundle. We highly recommend you to click the link as it will help the website to pay for its fees and help the charity of your choice at the same time.