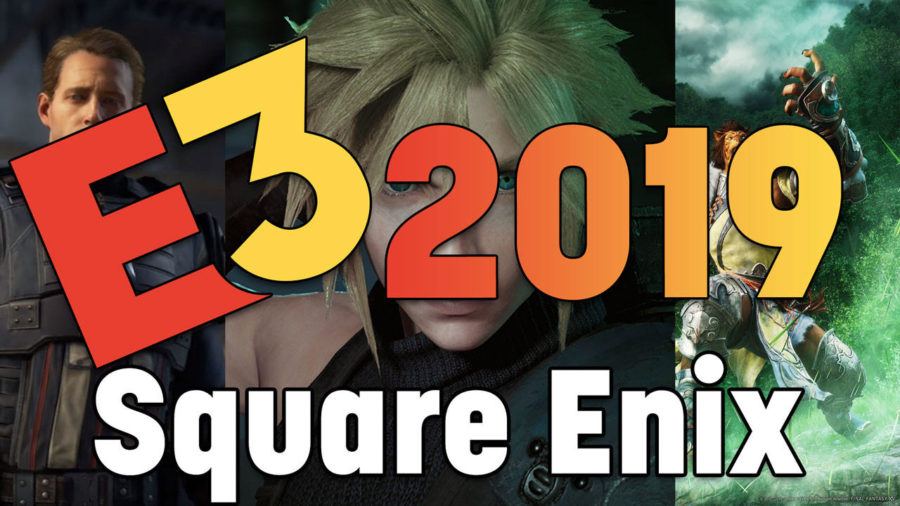 Have you missed watching Square Enix on E3 2019? Here are all the announcements they have made in their conference.

Final Fantasy VII: Remake is one of the most anticipated announcement in the game, especially its current development. Apparently, the game is so big, it actually needs two blu-ray discs. However, it is still episodic and will focus mo on Midgar portion of the original game, while expanding it.

For the gameplay, they have shown a lot especially the combat system, which a lot of fans are waiting for. The tactical mode brings back the classic battle gameplay of the original, by letting you choose your move, use spells, or items. The visual design for the characters and environment look amazing.

The long awaited Final Fantasy Crystal Chronicles: Remastered Edition got a new trailer, and an online multiplayer mode where you can join your friends’ caravans. Plus, it will come out on both iOS and Android so you can play on the go.

It is coming out this winter for PlayStation 4, Nintendo Switch, and mobile phones.

A hidden golden gem of a JRPG, The Last Remnant: Remastered has come out on Nintendo Switch.

Dragon Quest: Builders 2 has finally been released worldwide. They also released a new trailer showcasing a bunch of their gameplay mechanics.

Dragon Quest XI S: Echoes of an Elusive Age Definitive Edition has been showcased as well in this conference as it is coming out for Nintendo Switch.

Circuit Superstars is a top-down racing game which is being published under Square Enix Collective.

Kingdom Hearts III will be getting a DLC this coming winter named Re:Mind.

Huge fan of Final Fantasy soundtrack? Fret not, you can listen to it on all major music streaming platforms now such as Spotify, Apple Music, Amazon music, and more.

The third expansion of Final Fantasy XIV has been announced with a trailer in this year’s E3. It is named Shadowbringers.

Both Romancing Saga 3 and Saga: Scarlet Grace will be released worldwide. Both of these games have been out for a while in Japan. They will be released for PlayStation 4, Vita, Nintendo Switch, PC, Xbox One, PC, iOS and Android.

If you love JRPGs, then you will definitely love these two games once they come out.

War of the Visions

Apparently, there will be a sequel or follow-up for Final Fantasy Brave Exvius, which is named War of the Visions. No details have been shared, but it is now being developed, so it is something to look forward to if you are a mobile gamer.

The game seems to be taking inspirations from Final Fantasy Tactics: War of the Lions, so as a fan of that game, I am definitely going to try this game out.

Finally, a new game that I never heard of was finally announced! Outriders is an upcoming sci-fi co-op shooter from the developers of Bulletstorm and Gears of War: Judgement.

More details will be shared in the winter 2019.

Oninaki is another upcoming action-RPG from the creators of I Am Setsuna, Tokyo RPG Factory. This title will come out on PlayStation 4, PC, and Nintendo Switch.

A remastered version of Final Fantasy VIII has been announced! ~nuff said.

Marvel’s Avengers is one of the most anticipated announcement in this conference. The game is being developed by Crystal Dynamics and Eidos Montreal; they are known for the Tomb Raider games.

Honestly, I was taken aback when I first saw the designs they went into for this game (MCU’s fault), but hopefully it gets much better. However, the voice acting selection is top-notch in my opinion.

So that is all the announcement Square Enix made in E3 2019! I personally am excited with Final Fantasy VII: Remake, as we all are. I am not disappointed that the game would have part 1 and part 2 as long as the game has more than 20 hours of content for each part. Otherwise, they are just cutting it short.

Also, there are so many JRPG announcements in this conference. Well, it is a given since it is from a company whose pillars are made of JRPGs. They did announce some pretty interesting IPs such as Outriders. I do not really know how this one will fare once it has been released. I do hope that it does not have a triple A cost, or else, it would be dead on arrival.

What do you think of Square Enix’s E3 2019 Conference?

The World Ends With You Limited Edition release date!
June 28, 2018