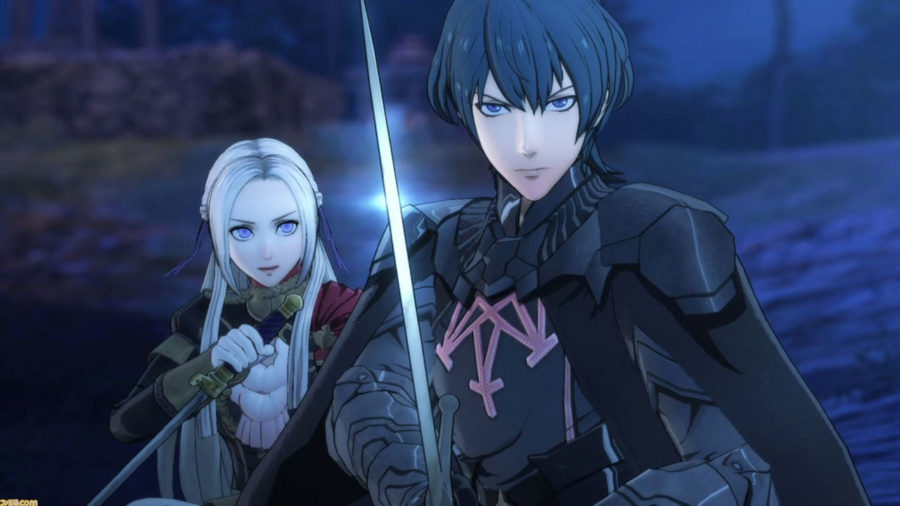 Several information has been revealed for Fire Emblem: Three Houses. Coming out soon on Nintendo Switch.

Famitsu has revealed a very long preview for the upcoming Fire Emblem: Three Houses. Just right on time as it will be released for Nintendo Switch on July 26, 2019.

Based on the article, there are three countries in Fodlan – Adrestian Empire (south), Holy Kingdom of Faerghus (north), Lecester Alliance (east) – each waged war before to each other. In the story, they have managed to maintain a balance of peace, and at the center of these three countries is the Garreg Mach Monastery, the headquarters of the Church of Seiros, worshippers of the goddess that protects Fodlan. It also has a youth academy there in which they will be the future of Fodlan.

The protagonist is a child of a mercenary army leader. The protagonist is having strange dreams of a battle where a strange girl appears out of nowhere. After some time, they encounter a bandits trying to attack a group of youths. The protagonist tries to protect the youths by jumping infront of the attack when Sothis, the girl in the dream shows up and rewinds time. Apparently, the youths that he saved are the future leaders of the three countries, and thus the protagonist is invited to Garreg Mach Monastery as a teacher.

As per Fire Emblem games, you can choose which gender you like, the protagonist is a mercenary who becomes a professor at the Academy. Their mother passed away, and their father is the leader who led Seiros Knights.

Jeralt is known as the strongest knight in history. He is invited to the academy as well but enlists as a knight.

Sothis is the mysterious girl who can rewind time and saves the protagonist on that fated night. Only the protagonist can see communicate with her, and she has lost her own memories as well.

The Young Future Leaders and Their Houses

Edelgard von Hraesvelgr is the imperial princess who will lead the Adrestian Empire one day. A talented and dignified noble woman.

Black Eagles is the house from Adrestian Empire and has the longest history among the three countries. Most people from this empire are much better using magic than weapon.

Dimitri Alexandre Bladud is a friendly young man embodied by politeness and chivalry with a mysterious aura surrounding him.

Blue Lions is the house represnting the Holy Kingdom of Faerghus. Most people from this country is better at using spears than other weapons or magic. After all, they are a country of knights.

Claude von Regan is a young man with keen discernment, despite looking like a carefree person.

Golden Deer is the house representing the noble collective of the Lecester Alliance. Most people from this country is known for its skills of bows and arrows. This house in particular has more commoner than the other respective houses.

Train and Interact to Weave the Future of Your Students

As a professor, you are tasked to train and interact with the students. In this game, there will be more opportunities to training other characters than previous entries in the series.

Just like the previous Fire Emblem games, Fire Emblem: Three Houses is still using turn-based battle system. Each unit has its turn, and then change to then enemies’ units once all your units have taken actions.

Since a rewind system, has also been introduced, even newcomers will be able to play this game with ease.

Perhaps the biggest change for this game is that you are actually battling countless enemies at once, instead of the usual 1v1 per unit. Additionally, a new system will be introduced but details are still unknown.

Just like in the previous series, terrains give units advantage. One good example is a forest which increases your evasion rate against enemy attacks.

There are other terrains that can heal, teleport, or increase your defense.

A new system in place wherein players can use to turn back the clock. Useful when one of your allies has been defeated. By using it, players will instantly go back one move and choose a different command.

This can be used in a limited time.

Game modes available include normal and hard, both affect the strength of the enemies.

Casual is coming back in the game in which the game removes the permadeath feature of your playthrough. Go Classic if you prefer challenge and you are a hardcore player.

One of the changes in the Class System is that your units do not go back to level 1 when changing class, which is a neat change. Units can change unlimited as long as they pass the class’ test.

Each class has proficiency level and utilizes various weapons in battle. By increasing proficiency, units can learn new skills and wield better equipments.

As a professor, you can explore the Academy wherein you can interact with students and developer their abilities. For the first time, the exploration will be in 3D graphics. Interacting with your students is an important aspect of the game. Additionally, you will be training your students (teaching) which deepens your bond with the students.

Of course, as you and your students level up, they will be able to take exams to change their classes by using Exam Pass that corresponds to the unit’s class’ rank. All students start as a Commoner or Noble depending on their birthplace. Once they reach level 5, they can now use the First Tier Exam Pass to take the Qualification Exam. Currently known First Tier classes are Myrmidon, Soldier, Fighter, and Monk.

These are all the information that is known so far. Again, Fire Emblem: Three Houses will be released on July 26 worldwide.