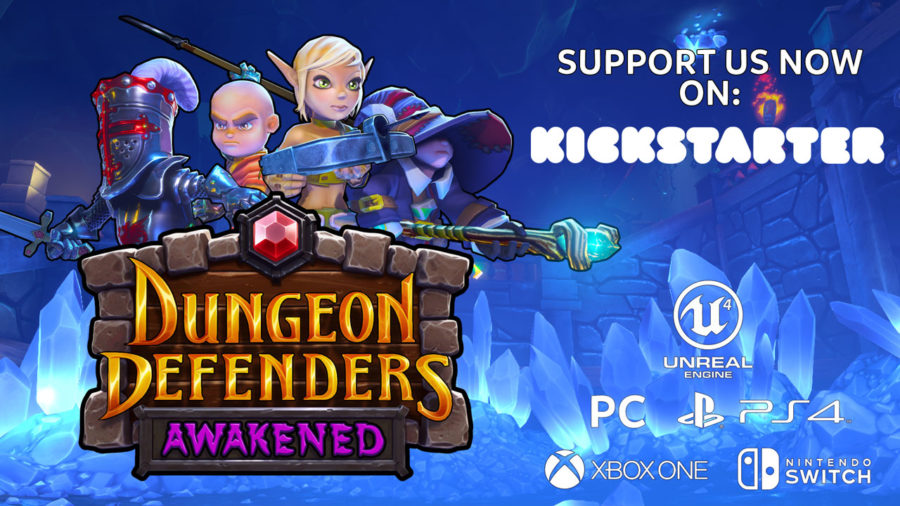 A true sequel for one of the best tower defense games, Dungeon Defenders: Awakened, needs your support in Kickstarter!

Trendy Entertainment has re-branded itself as Chromatic Games, and their first project is to recreate the masterpiece that the first Dungeon Defenders made several years ago. The new title is called Dungeon Defenders: Awakened.

Colin, a key Dungeon Defenders developer and new Creative Director of the studio, has said:

“I want to refocus the franchise on maintaining a player-first mentality and delivering games that we know our audience wants.”

Starting today, they are doing a Kickstarter Campaign, and asking support from their player base and longtime fans of the franchise. Dungeon Defenders: Awakened is a complete re-imagining of the eight-year-old game that combined tower defense, action RPG elements, and third-person combat. It is going to be built with Unreal Engine 4 as players revisit the familiar locations of the original games with much more precise controls and updated and better graphics for today’s standards.

Although, the original Dungeon Defenders still has its charm and glory, especially if you are playing with your friends, and it even gets an update from time to time.

The Kickstarter campaign will end on April 4, 2019, which is a month away from now. Chromatic Games plans to release the game on Nintendo Switch, PC, Xbox One, and PlayStation 4, depending on the campaign’s funds and goals.