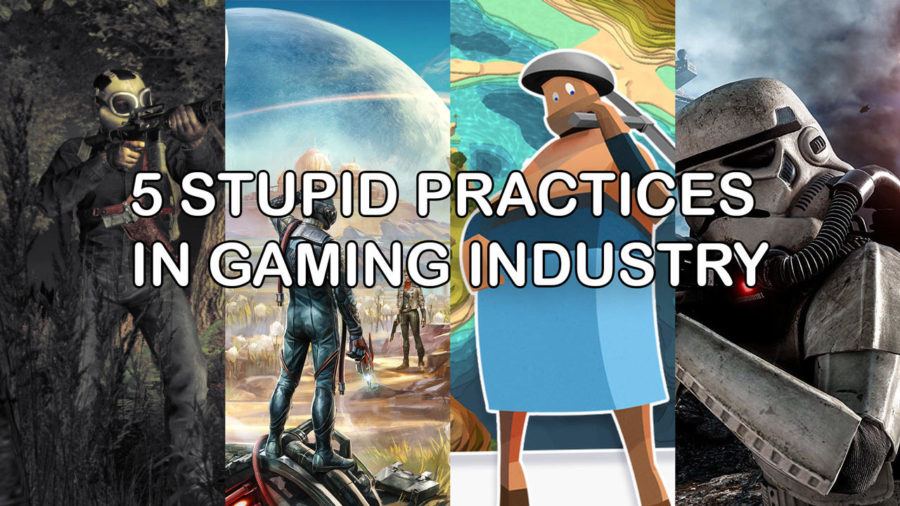 As much as we love to play video games, we all agree game developers and publishers sometimes do stupid practices that are not consumer-friendly at all. Here are five of them.

Season Pass started in the early 2010s as triple A games such as L.A. Noire revealing a set of planned DLCs that were already available for purchase despite the content being released on a later date. At first, the price point of season pass was not aggressive at all as L.A. Noire’s season pass was originally sold at $10-$12.

Sadly, in the mid-2010s, publishers started dishing out expensive season pass such as the Star Wars Battlefront back in 2015. Its season pass had a whopping price of $56.90 (see the video above for the reference at 0:42), you can buy another game with that price. Electronic Arts (EA) definitely took a lot of flak from consumers that the sequel, Star Wars Battlefront II, ditched its own season pass entirely.

Season pass became a common business model for today’s games, and sadly, its price actually stayed the same despite getting called upon by the majority of consumers. The price hovers around $19.99-$49.99. I honestly believe $19.99-$24.99 price range is a decent amount if the season pass is filled with content, otherwise, $14.99 or even less for cosmetics with minimal additional content. At $29.99, that should have been the max amount they could ask for a consumer as it is half the price of most triple A games. Moreover, it is just shameful to ask anything above $30, since that is definitely a cash grab trying to milk every ounce of a popular franchise.

My take on this is to either buy the season pass if you really enjoyed the game and wanted to play the additional content they will provide once they are all out or buy the DLCs individually on sale. Usually, once the second DLC comes out, the first one goes on sale for at least 25%-33% off, then that is a good buy or if you could wait for the next content, then it would be better since the first DLC would be around 50% off most likely.

Preorder bonus is both a good practice and a stupid practice when I think more about it as it gives incentives for those people who really want to buy the game. I mean, preordering a game is basically on the consumer’s decision whether the game is totally worth it at the end. However, some game publishers, sadly, try to do shady bonuses so people are forced to preorder the game so they do not miss out on the content.

One “good” example is the controversy of Metro Last Light’s preorder bonus way back in 2013, they basically ripped off an entire mode – Ranger Mode –  so hardcore fans who like to play the hardest difficulty possible are forced to get the game early. Cosmetics or slightly improved items for a better quality of life at the start of the game is nice and all, but removing a content that even the first game, Metro 2033, had at the start was just ridiculous.

Lastly, store exclusives only benefit consumers in first world countries, but I can see from their perspectives why they have to do it because they lost all their consumers who prefer digital collection or just pre-ordering online.

Imagine buying a game in a store, excited and all, and once you insert the disc, it requires you to download a 10GB or more update on its launch day, what would you feel? Right now, this is a common practice by game developers/publishers and it is utterly stupid. I used to have 5mbps internet, and 10GB would take a whole day to complete. It means I already lost one day of playing the game.

Of course, if you pre-order the game digitally, they usually pre-load the game for you before its  actual release, including the day one patch. However, there are times games are so unplayable they have to release such a huge update a few hours after the game’s launch that consumers will be kept wondering, “Where is the quality assurance? Did they actually test the game?”. The answer is probably, but it can be argued that we are the testers as game developers nowadays let consumers playtest the game if they pre-order it. which can relate to the previous entry as it is considered a pre-order bonus.sdds

This one is for all the PC gamers out there as consolitis is basically a term for games that was badly ported from console to PC. The issues range from being an unoptimized port, very noticeable input lag, lazy effort to map the controls on keyboard, unoptimized netcode, lack of user interface improvements for keyboard and mouse users, and many more.

I agree that some games are definitely better when played on controllers, but games like Skyrim which is best played in keyboard and mouse suffered from this issue before too with its unintuitive inventory user interface, except the modders have fixed it relatively quickly after its launch.

Some games like Saints Row 2 (image above) and Grand Theft Auto IV are unoptimized ports and run poorly despite having great hardware by the time it was released on PC.

Several years ago, back in 2009, Minecraft was a side-hobby of Markus Persson or Notch, who developed a playable alpha of his game and sold it for a very cheap price. People bought it, and thus, Notch continued working on it, until he was able to turn it into his full-time job. It was the start of the practice that was Early Access. Fast forward today, Minecraft is still a very successful game and is complete while its developers are continuing to improve and update the game to keep it fresh.

Sadly, Early Access games do not always become successful, some are made for a quick buck then the games will be put to the shelf indefinitely, which sounds like a terrible scam. Some early access games just take too long to be completed, but once it is done, it is quite worth it especially if you follow the journey through and through.

However, there are just several games out there that did not really come out of Early Access such as the Steam game, Towns, which was promising back then, but the developer just could not finish it. DayZ, on the other hand, took so much longer than anticipated before being completed that people just lost interest in it over the years.

So these are only some of the stupid practices in the gaming industry.  Do you think these practices have “improved” over the years or they are still anti-consumers at best? I honestly think that Early Access has become atleast decent throughout the years as more game developers tend to finish their work or atleast update their game on a consistent basis.

What do you think?  Let me know in the comment section below!